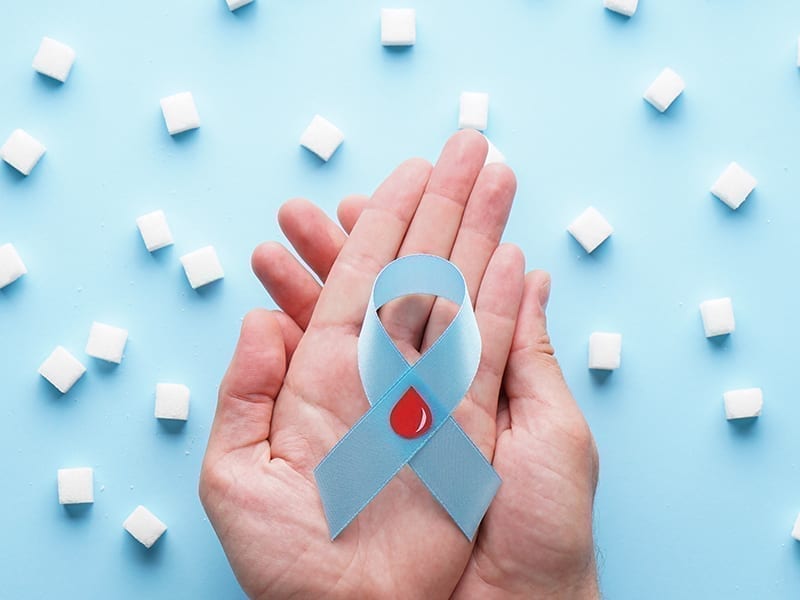 India is the diabetes capital of the world. In fact, diabetes is a growing challenge in the country with an estimated 8.7% diabetic population in the age group of 20 and 70 years. Every year November 14 is observed as World Diabetes Day. The day is recognised to spread and raise awareness about this seemingly common disease. Early-onset diabetes is likely to rise exponentially in India. But, with a better lifestyle and diet, you can control the disease.

In conversation with TC46, Dr Tejal Lathia, Consultant Endocrinologist at Hiranandani Hospital Mumbai, talks about the common symptoms, the warning signs of gestational diabetes, and risk factors for diabetes in women.

Type 1 diabetes is not associated with lifestyle problems. It is a condition where a person is dependent on insulin for the rest of their lives, as their pancreas is unable to produce Insulin hormone, usually affecting the younger people.

Type 2 diabetes is a result of a sedentary lifestyle, excess weight gain, strong family history of diabetes, Polycystic Ovary Syndrome (PCOS), history of diabetes in pregnancy or racial/ethnic predisposition. It can be treated with medication but the patient may need Insulin at later stages of the condition.

2. What are the signs and symptoms of diabetes in a woman?

Over and above the usual symptoms, vaginal fungal infections are quite common as the presenting feature of diabetes in women. Sadly, unlike men, stay-at-home women do not undergo regular health check-ups, and diagnosis is often delayed as there may be no symptoms. Increasingly, many women are diagnosed with diabetes when they plan pregnancy and get tested prior to or at the time of pregnancy. The risk of diabetes also increases after menopause, and unless specifically screened, the diagnosis of diabetes is often missed. Waiting for symptoms may delay the diagnosis.

3. What are the warning signs of gestational diabetes? How does it affect women?

Gestational diabetes is mild elevation of blood sugar and largely asymptomatic unless specifically screened for. Thus, all women must have their blood sugar tested at the time of confirmation of pregnancy, and then repeatedly as per their doctor’s guidance. Women with gestational diabetes are more likely to experience pregnancy loss, increased blood pressure and complicated deliveries.

4. How does diabetes affect a woman’s sexual health?

Over 30 million have now been diagnosed with diabetes in India. The CPR (Crude prevalence rate) in the urban areas of India is thought to be 9%. In rural areas, the prevalence is approximately 3% of the total population.

5. What is the relationship between pregnancy and diabetes? What are the risk factors for diabetes in women?

There is a risk of increased fluid, larger baby size and earlier delivery. All of these are noted in women who have diabetes during pregnancy.

Weight gain in women, especially in the postpartum period and later life, is the strongest risk factor for the development of diabetes, along with the usual risk factors.

6. What are the complications often caused by diabetes in women?

Though women can develop all the complications of diabetes just like men, the risk to women is the under diagnosis or delayed diagnosis of these conditions, predisposing them to a greater risk of dying as a result of heart attack or stroke as compared with men.

India is facing a twin burden of under-nutrition and overnutrition; it figures prominently both in the hunger map of the world as well as being the diabetes capital of the world.

7. What are some preventive measures for diabetes in women?

8. Can you completely cure diabetes? What are some effective treatment plans to control this condition?

We can manage, delay or postpone diabetes in people with a high risk of developing diabetes, and weight loss is the best way to do this. Intensive lifestyle modifications (healthy diet and exercise) need to be maintained on an ongoing basis to avoid diabetes.

Indians develop diabetes at a younger age and those younger than 45 years accounts for 36% of all diabetics in India.

9. What are some common myths about gestational diabetes that people believe in?

A few common myths about gestational diabetes that are absolutely incorrect are;

Everything You Need To Know About Polycystic Ovary Syndrome (PCOS)