More
HealthMental HealthLearn All About The Symptoms, Risks & Treatments For OCD
Advertisement

Learn All About The Symptoms, Risks & Treatments For OCD 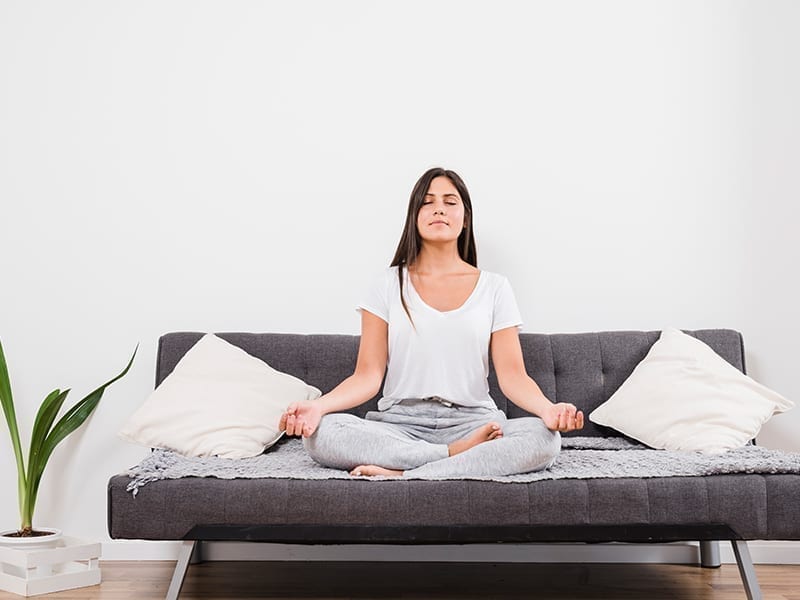 As a common man, you might check if the tap is leaking or your door has been locked or your gas is switched off before leaving your house. A patient diagnosed with OCD generally does all these activities over 20 times before leaving their house. This is just a small example and many other scenarios like these happen regularly if you have OCD. The simple answer to what is OCD is that Obsessive-Compulsive Disorder is a mental disease. The other answer is that it is a cycle of thoughts (generally obsessive) and actions (generally compulsive) that goes on and on till the affected person seeks medical help. Obsessive-compulsive behaviour consists of repetitive actions that are generally destructive and causes harm to the patient itself.

The full form of OCD is Obsessive-Compulsive Disorder, and as the name suggests it is a disorder stemming from the obsessive thoughts of a person. Compulsive behaviour arises from the need to execute obsessive thoughts. A patient often gets random impulses to do a certain task and if they don’t do that task for an extended time, they get anxious. These thoughts cannot be suppressed and are very disturbing or distracting in nature.

Approximately 2-3% of the world’s population suffers from Obsessive-Compulsive Disorder (OCD).

The Major Causes Of OCD

Let’s understand what is OCD (Obsessive-Compulsive Disorder), and get to know its causes, symptoms, and risk factors. The biggest component of the mystery surrounding OCD is its causes and why the mind is unable to cope with it. People vulnerable to OCD usually scrutinise their thoughts to a greater extent than other people. These people have an involuntary urge to have greater control over their thoughts. This irrational behaviour sets up the vicious cycle of focusing on only the negative and destructive thoughts. Here are a few other prominent OCD causes:

Researchers and doctors have been unable to find out the specific gene responsible for OCD but they have assumed that certain groups of genes could be the plausible cause.

Patients with OCD might have a brain abnormality which makes it difficult for them to tune out the negative thoughts and impulses. Serotonin is the chemical that nerve cells use to transport information. Few regions of the brain are unable to receive or send Serotonin which leads to the brain abnormality talked about in the above sentence.

A person is 25% more likely to be susceptible to OCD if a close family member or relative also has OCD. If there are other cases of OCD in your family but are not closely related to you then you are at low risk of having it.

If a person has gone through a traumatic experience like getting fired, failing a grade, death of a close relative or friend, then these factors can act as strong triggers for OCD.

If a child observes obsessive behaviours for a long time then they might start mimicking them. This occurrence is rare and doesn’t happen often in adults.

OCD causes a varying degree of problems depending on the severity. These problems include but are not limited to, self-harm, violence towards others, substance addiction. The severity of the disease is very difficult to estimate as it changes from person to person. Symptoms in patients begin gradually and tend to continue for the rest of their life.

What Are The Symptoms Of OCD?

Disturbing events and long-term stress are major risk factors that greatly increase the chances of a person having Obsessive-Compulsive Disorder (OCD). Even doctors are puzzled as to why stress is a risk factor.

People can develop other disorders if the severity of OCD increases over time. It might also act as a sign that the patient has other mental disorders

What Causes OCD To Get Worse?

We must consider “what is OCD behaviour?” before we consider the factors that make it worse. The number of thoughts is the main reason for OCD and stress is what increases the number of thoughts. Stress is a major factor that impacts the severity of OCD. Traumatic events related to loved ones are very stress-inducing. OCD can develop into other mental disorders or worse could lead the patient to commit suicide. There are emerging shreds of evidence that OCD can also be caused by viral infections but this can only occur at a young age. Using poor coping strategies to counter OCD may, in turn, make it worse.

OCD as a disorder revolves around the thought processes of people. To classify OCD into various categories we must first focus on the thoughts of the patients. Some patients might think about taboo topics whereas others think about perfection. There are also cases where patients have been seen to have multiple types of OCD. Patients with unique blends of symptoms also exist because various thoughts are going through the patient’s mind.

People affected by this type of OCD often indulge in cleaning and washing as a behavioural ritual to alleviate their anxiety. Throwing away “contaminated” items and creating so-called “clean zones” are some of the specific symptoms.

Counting, arranging, aligning all according to certain specific standards are a few symptoms shown by patients having this type of OCD. Patients indulge in such behaviours to prevent any “bad” thing from happening.

Patients affected by this type of OCD often check switches and doors repeatedly or in a certain order. The patients have a deep fear of hurting themselves or others through their actions.

This type of OCD is the hardest to identify because the thoughts are generally intrusive and there are no clear compulsive behavioural traits. Patients usually try to balance the number of good thoughts with bad thoughts.

How To Deal With OCD?

Medicines alone cannot help a person recover from OCD but in combination with other methods, it is very useful. Generally, medicines that affect the serotonin levels of the body are consumed, these are called selective serotonin reuptake inhibitors.

Yoga, massages, and meditation are simple methods that can help suppress random impulses and thoughts.

If medication and therapy are not working due to the severity of the case, doctors might suggest a method to stimulate certain areas of your brain through electronic devices. Implanting electrodes and Transcranial Magnetic Stimulation (TMS) are few methods that come under the broad field of Neuromodulation

Patients can incorporate good habits like exercising and eating healthy in their daily routines. Keeping in touch with close ones like friends and family helps in destressing. Joining an OCD support group helps the patient interact with other people going through similar issues.

As people who don’t have OCD, it is your duty to reach out to our friends and family and support them if they have this disease. Having OCD shouldn’t mean it is the end of the world for you. There are countless resources and support groups that will prove helpful but in turn, you also have to make efforts to combat this disorder. Medication and therapy will play their part only when you as the patient wants to get better and live a life without constant bouts of anxiety.

Quiz: Think You Know The Names Of These Seasonal Indian Fruits?

9 Things You Should Know About Therapy, According To Psychologist Dr Patel