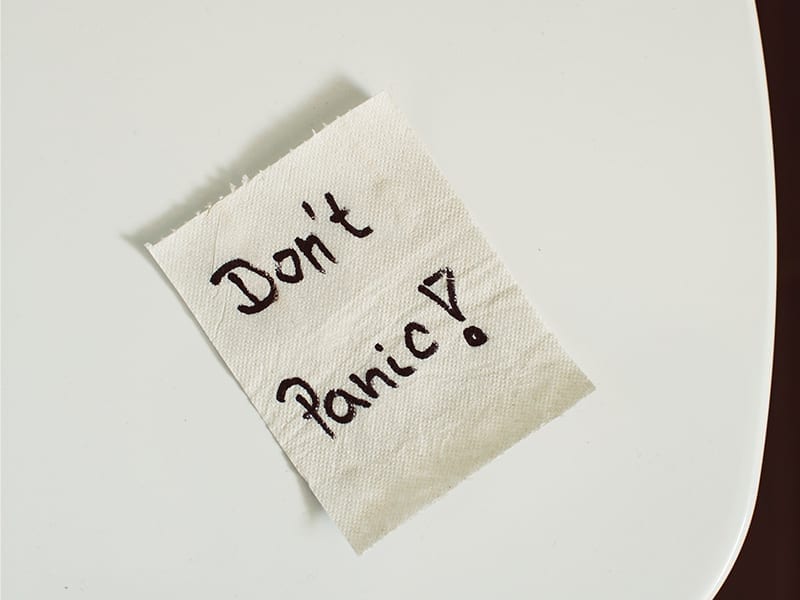 We all have faced one or two episodes of panic attacks in our lifetimes, but those were brief and not necessarily recurring. They went away as soon as the stressful situation was resolved. However, it becomes a debilitating issue when it’s recurrent, unexpected, and chronic, stopping us from leading a normal life. That’s when it shapes into a chronic mental illness called panic disorder. It is not life-threatening but significantly affects the quality of your life. A sudden episode of intense fear that triggers a plethora of physical, cognitive, and emotional reactions when there is no apparent cause of fear present is called a panic attack.

Common Symptoms Of A Panic Attack

Panic attacks do not usually come with a warning. They can strike anytime. Patients may have occasional panic attacks, or they may occur frequently. Even though panic attacks have many variations, the symptoms peak within the initial minutes. They may feel fatigued and worn out after a panic attack subsides.

The physical symptoms are as follows:

Once you have a panic attack, you may get so scared of having another one that you will avoid certain situations, which might trigger it. If you find yourself or any close one suffering from four or more of these mentioned symptoms then seek professional help as soon as possible. There are an array of effective treatment measures, which will competently help you to manage and control such challenging attacks. Without a proper clinical diagnosis, your condition will be unchecked and untreated, making things take an unfortunate turn. Also, the possibility of any separate medical conditions cannot be ruled out by your doctor if you don’t seek medical aid.

“A trigger is a clinical term used to classify a person, event or situation which activates or sets off feelings of anxiety.”

Researchers could not pick out one particular cause for panic disorder. However, the biological vulnerability cannot be ruled out. Evidence suggests that the tendency to develop panic disorder may run in families. People who suffer from panic disorder are also more likely to suffer from anxiety disorders, depression, suicidal tendencies, or drug abuse. Some studies have emphasized that panic attacks are our body’s natural fight-or-flight response to danger. The symptoms of panic disorder often start in early adulthood and affect more women than men.

Here are the factors that may increase the risk of developing panic attacks or panic disorder:

Not everyone experiences panic attacks in the same way.

The Relationship Between Anxiety & Panic Attacks

Anxiety disorders are among the most common mental health conditions that affect women at about twice the rate of men. Sometimes, it can be quite a task to ascertain if you are experiencing a panic or an anxiety attack. Anxiety and panic attacks have similar symptoms, causes, and risk factors. However, panic attacks tend to be more intense and are often accompanied by severe physical symptoms.

Keep the following in mind:

Despite the challenges of panic attacks, there are numerous self-care activities and relaxation techniques that will help you to claim back the control of your life. Since ancient times, yoga has been known to ease stress, reduce feelings of nervousness, and enhance mindfulness. Hence, it is potentially beneficial for people with anxiety disorders, including panic disorder. Yoga postures, known as asanas, diminishes physical discomfort that is caused by anxiety. These postures release built-up muscle tension and stiffness throughout the body. The overall practice of yoga can elicit the relaxation response, allowing both the body and mind to gain a sense of calm and ease.

Panic attacks may make you feel powerless and out of control of yourself and the situation. However, it’s important to know that there is so much you can do to help yourself.

As you acknowledge and recognize that you are having a panic attack, you will remind yourself that this is temporary, it will pass, and that you are going to be alright. This will help you to focus on other techniques to relieve the attack.

3. Get Rid Of Anxiety Provoking Stimulants

Stimulants like alcohol, cigarettes, and caffeine have the ability to trigger panic attacks in people, who are susceptible. Avoid dependency and work towards achieving a healthier lifestyle.

Opting for cognitive behavioural therapy will completely re-organize your mental field. Your bias towards negative cues in the environment and faulty thought patterns are going to be treated and restructured. This particular form of therapy is a new age and immensely popular technique advocated worldwide. It helps you to look at your fears in a more realistic light, putting an end to all the uncalled for and irrational perceptions.

Exposure therapy might seem threatening at first but eventually, it gives out tremendous results. This type of therapy allows you to experience the physical sensations of panic in a safe and controlled environment. In a way, it gives you the opportunity to learn healthier ways of coping. You will be taught various exercises and measures to deal with a panic triggering situation. With each exposure, you will become less afraid of these internal bodily sensations and feel a greater sense of control over your panic.

6. Have A Tried & Tested Plan In Hand

You can think of your plan as your go-to set of instructions when having a panic attack. It might include a set of to-dos like sitting down, drinking some water, practising breathing and muscle relaxation exercises, and calling a friend or a family member.

“It’s important that people around don’t lose their calm as that can add to the sense of anxiety. Having a circle of people who are willing to listen by suspending judgement is very important to someone going through anxiety.”

A common symptom of a panic attack is shortness of breath. While going through one, you may feel frantic and out of control. Practice deep breathing exercises by taking a deep breath, holding it for a few seconds, and then releasing it slowly. Keep repeating this pattern until your breathing becomes controlled and steady. You can also keep a count in your head to distract yourself from the stressor.

Progressive muscle relaxation is a simple but effective technique for panic and anxiety disorders. Start by clenching your fist and then hold it for about ten seconds. Thereafter, release the clench and let your hand relax completely. Try the same technique with your feet and then gradually work your way up to your body by clenching and relaxing each muscle group like legs, abdomen, back, hands, arms, shoulders, neck, and lastly, face.

9. Picture Yourself In A Happy Place

Imagining yourself in a safe and pleasant surrounding will take you away from the triggering situation. Picture the place with great details. This exercise will calm your mind and nerves momentarily.

Pick an object that you can see somewhere in front of you and note everything you notice about that object. Notice its shape, size, colour, and if there is a pattern.

Remember, it’s never too late to heal. Take the first step and get diagnosed by a professional therapist. It will answer a lot of your questions, giving some form of closure to your anxious and confused thoughts. If you are already diagnosed and found suffering from panic disorder then there is good news for you. There are several ways to treat this mental illness. However, there is no one approach that works for everyone. Give different methods a try to determine what works best for you. Finding your ideal treatment measure or combination of treatments will ensure long-term improvements.

Your Horoscope For Year 2022: The Good, Bad And Everything In Between

Expert Advice: Yoga Asanas To Strengthen Your Lungs During Covid-19