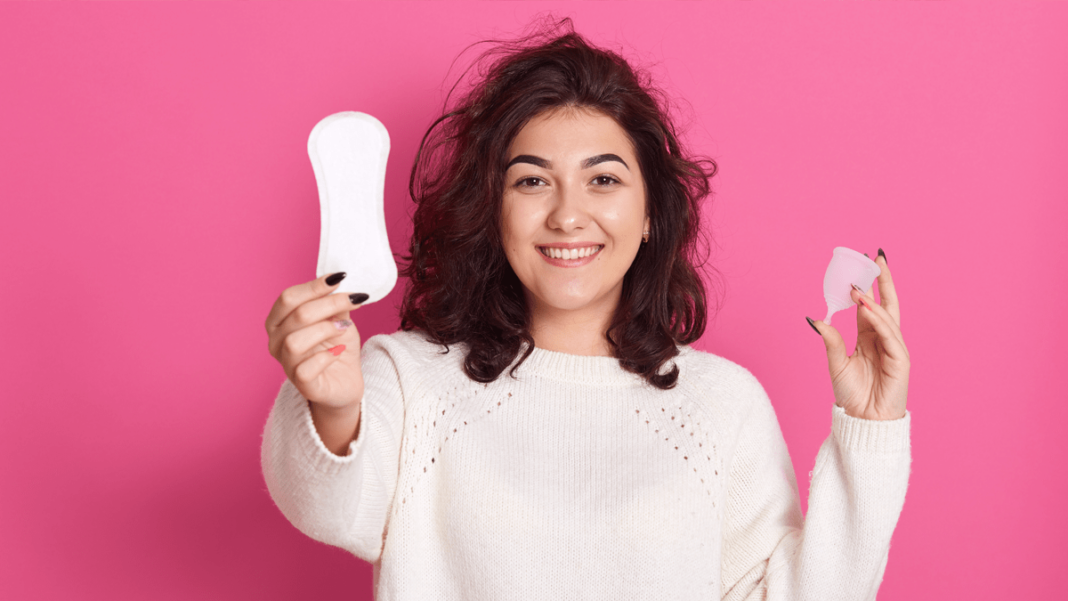 While rural India still swears by sawdust and sand to absorb menstrual blood, the Tier 1 cities have made considerable progress with respect to the use of menstrual hygiene products. And advertisements, much like cinema, reflect the times that we live in. While sanitary napkins are widely used, a few millennials in the metro cities are also exploring other new-age period products. At a time like this, on the occasion of Menstrual Hygiene Day (28th May), let’s #BeALittleMore aware about the history and evolution of such products in advertisements over the years.

The 1800s: The history of menstrual products in the Indian advertising industry goes back to 1885. It goes without saying that the only concept of a menstrual product back then was a sanitary napkin. This first ad featured in the popular newspaper, Times Of India. The product was targeted at modern upper-class women. It was positioned as a luxury product that offered comfort and hygiene rather than as a product of necessity.

1920s-1930s: Kotex made a foray into the Indian market in 1929 as an economical product for menstrual hygiene. However, the awareness about the existence of such products was not widespread in the country.

The 1950s: Despite making its presence felt in India, Kotex had been targeting the modern Anglo Indian women. It was until the 1950s that the brand started considering modern Indian women as their target audience as well.

The 1970s-80s: The sales for sanitary pads witnessed a considerable boost in India with a greater number of households having a radio or a television, or both. The sales of these products also increased with a considerable section of the modern Indian women joining the workforce. With the new-found social and financial independence, and armed with the knowledge about the presence of menstrual products, they were finally in the position to make a conscious choice about their hygiene and convenience.

The 1990s: When Procter & Gamble launched Whisper in 1992, it set all the other brands associated with menstrual hygiene products into an overdrive. While all the brands like Johnson & Johnson, Carefree and others were vying for the attention of women who were already using pads, Kotex decided to take a new route by converting non-users into their primary target audience, keeping their economical positioning intact. While a certain number of Whisper pads were priced at Rs 38, the same number of pads were sold at just Rs 16 by Kotex.

The 2000s: Tampons entered the Indian market. It wouldn’t be wrong to say that products almost had no takers. Afterall, virginity chali jayegi! Not that sanitary napkins were a roaring success, but the numbers using them in urban Indian had surely risen. While some switched to pads completely, some others used cloth pads regularly and sanitary pads occasionally. Still others, and a larger section of the population, still preferred sticking to the traditional option of cloth pads.

The Early 2010s: While urban Indians had been completely taken by the convenience and hygiene that disposable pads offered, rural India still lagged behind in adopting this technology. How could they afford it when they did not have the means for the basic necessities of life. And, unfortunately, napkins didn’t feature among the list of basic necessities. It was still a luxury for them. It was during this decade that the Indian government started taking the initiative to promote sanitary napkins through advertising campaigns, and started distributing them for free at government schools, along with NGOs.

The late 2010s and 2020: Urban Indian have started exploring the concept of sustainable menstrual hygiene products that are also long-lasting, with the increasing incidence of global warming. Apart from disposable sanitary pads, tampons are gradually being popularised through advertisements. Tampons and menstrual cups are finding more takers, albeit at a snail’s pace and only in the Tier 1 cities. Rural India still struggles to make ends meet and menstrual hygiene products feature nowhere in their list of necessities.

Read An Expert Prescribed Diet For A Health Period

Yeah, ‘bleed blue’ refers to our undying support for the Indian cricket team. You all know that. But you get the drift, right? Menstrual hygiene brands make menstruators bleed blue for reasons other than the context in which it is universally used for. However, till very recently, period blood was demonstrated through a blue liquid instead of the colour that blood actually is.

Released in late 2020, this was India’s first sanitary napkin ad that showed the true colours of period blood:

2. The Subtle Politics Of Concealment

The practice of your pharmacy kaka wrapping up a sanitary napkin in a newspaper and then in a completely opaque black polythene has been done to death. The idea is to conceal, to hide from the world the perfectly natural bodily function that all menstruators experience every month. Naturally, the politics of concealment extends to the world of advertising as well. Or, at least it did, till very very recently. No wonder, ads conveyed menstruation through terms like “that day of the month” or “un dinon mein”, or simply through awkward pauses.

Even an ad with women’s empowerment as the central theme couldn’t disengage from the erstwhile common practice of a sudden silence to communicate periods.

3. Period Is A Disease

The portrayal of sanitary napkin ads was such that they made periods sound like a disease that cannot be cured. The tagline ‘Kisi bhi roop ke saath samjhauta nahi’ from Stayfree’s 2008 commercial is one such example. Such ads celebrated the multiple roles that menstruators play in their daily lives but grossly misrepresented how women compromise their true identity or lack confidence when they are on their periods. They painted a picture of menstruation being akin to some sort of disease. In contrast, menstrual hygiene ads are witnessing a paradigm shift in how they portray periods. Not only are these ads recognising menses as a natural monthly occurrence, but also respect how it is a different experience for each menstruator.

Previously, the presence of men in period product ads was inconspicuous, or they had zero opinions despite their presence. However, as the ground mentality is gradually changing, the same gets reflected in the ads as well. The supportive role of fathers, husbands and other male members is essential for menstruators.

Here’s the first advertisement where a male had an indispensable role to play:

Here’s the first ad that made it happen:

Suddenly jumping over fences and whatnot without rhyme or reason, or climbing mountains are some activities that menstruators start indulging at the moment they use a sanitary napkin. And climb mountains without a wee bit of training. At least, that’s what you could see in the ads. Fortunately, gone are those days when brands made such tall claims and welcome to the days when they show people who behave as normally as all menstruators do.

The issue of concealment makes a comeback here. Apparently, the extent of the emphasis on concealing period stains is so immense that ads make their actors wear all-white clothes to prove that there will be no scope for staining. In their efforts to highlight the efficiency of their product, the ads end up encouraging the idea of concealment. Instead of destigmatising period stains, they promote the concept further.

2. Menstruation Is A Woman’s Problem

Note how this article has avoided using words like ‘women’ and ‘girls’ for those experiencing periods. Here, the emphasis is on ‘menstruators’. Because menstruation isn’t a female-oriented phenomenon. Branding menstrual products as female hygiene products are so misleading. Because periods happen to not just women and girls but people of other genders too like trans men and non-binary individuals. Here’s another area where the ads are still lagging behind.

Any menstruation taboo portrayed in ads that you would like to break? Or, any menstrual hygiene ad that you find progressive? Share in the comment section below.

Your Go-To Guide To Deal With Mood Swings During Periods