More
HealthMenstruationAll You Need To Know About The Impact Of Endometriosis On Your...
Advertisement 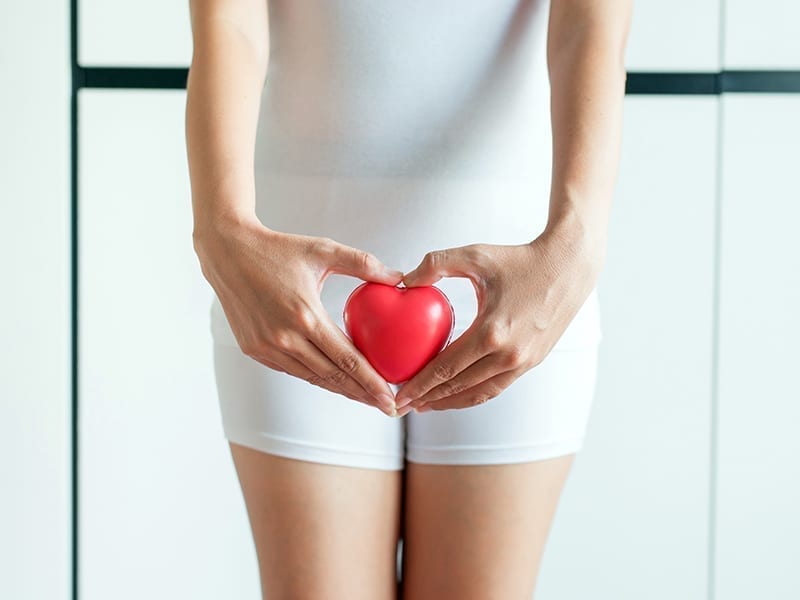 Most of us get routine health checkups done. Some of us even visit our dentists regularly. But unfortunately, you see the gynaecologist only when you are unwell or trying to get pregnant. Physical discomforts like period pain, heavy menstrual bleeding and pain during sexual intercourse are often ignored until they become unbearable. It is during such times that disorders like endometriosis are diagnosed.

Currently, over 170 million women worldwide suffer from this condition. This means that one out of every 10 women in the reproductive age group of 12 to 50 years are endometriosis patients. Although it is a relatively common condition, the normalisation of its symptoms makes endometriosis difficult to diagnose and treat in time.

The endometrium is a tissue that is found on the inside of the uterus. Endometriosis is a disorder which causes such tissue to grow outside the uterus. In most women, the tissue has been observed to grow inside the pelvic region like the fallopian tubes, ovaries, bladder, bowel, rectum or ureter. However, there are some rare cases wherein this tissue growth is observed in other parts of the body. Even though it is outside the uterus, the tissue continues to function like those within the uterus. It is affected by hormonal functions of the body and it bleeds during menstruation. The growth of this tissue causes the pelvic organs to blend with one another, causing discomfort, pain and complications. If the tissue has been growing on the ovaries, cysts are formed.

Although the exact cause for endometriosis has not been established but retrograde flow is one major factor that results in endometriosis. In simple language, this refers to the backward flow of menstrual blood.

Menstrual blood consists of tissues which are effectively the top layer of the endometrium. These tissues, along with the blood are typically pushed out of the body. However, in some instances, the blood flows backwards and finds its way to the ovaries, fallopian tubes and in rare instances, other parts of the body.

As strange as it may sound, retrograde flow is a fairly common phenomenon and not all women with retrograde flow end up with endometriosis. At this point, there are other factors which act as a catalyst.

Whether or not the retrograde flow will end up causing endometriosis is largely dependent on the immunity levels in the woman’s body. Bodies with higher levels of immunity are able to fight off the misplaced endometriotic tissues that begin to grow outside the endometrium.

If your mother or sister has endometriosis, you have a higher chance of suffering from it too. Research has proven that this condition is passed down from generation to generation. Although, if the woman has a good immune system, she might be able to evade the condition in spite of the genetics.

Allergies, dietary preferences, toxins in the environment, asthma, chemical sensitivities and excessive fatigue are some of the external factors which are known to make an individual more susceptible to endometriosis.

Metaplasia is a phenomenon that causes a particular type of cell to morph or convert into another type in order to adjust to the new environment. Inflammation is a major reason leading to cells converting themselves into endometriotic cells. This phenomenon explains the presence of endometriotic cells in parts of the body outside the pelvic region.

How Is Endometriosis Diagnosed?

There are a series of treatment options available for patients suffering from endometriosis. The decision on which method of treatment to adopt is usually made after considering the extent of pain/discomfort, the stage of the disease and the willingness of the patient to get pregnant thereafter. Choosing the correct doctor is extremely important and it is also advised to seek a second opinion before opting for a surgical procedure to treat endometriosis.

For mild cases of endometriosis, the doctor might simply suggest pain-relieving medicine. Some women are also known to take over-the-counter painkillers like ibuprofen for relief from the pain related to endometriosis. However, this treatment works only for a small percentage of the women and does not qualify as a treatment as the tissue continues to remain outside the pelvis.

Since there is no permanent cure for endometriosis, there are various home remedies women choose in addition to the medical treatments. All of these are beneficial in managing the pain. Just like in the case of menstrual cramps; acupuncture, warm baths, hot water bags, light exercise and pelvic massages help in reducing the pain. Massaging the abdomen and back with castor oil is a timeless remedy for helping with period pain.

For the not-so-serious cases of endometriosis, doctors choose to give hormonal medication to their patients. Sufficient dosage of the correct hormones has proven beneficial not only in reducing the pain resulting from endometriosis but also in preventing further growth of the endometriotic tissue. Basically, this treatment is centred around controlling the level of the hormones that foster the growth of the tissue.

In some cases, the doctors consider it best to remove the reproductive organs of the woman’s body in order to treat endometriosis. Hysterectomy refers to the removal of the uterus while oophorectomy is the removal of the ovaries. Such surgeries are performed only for women who do not wish to have children in the future. Usually, the doctors try a series of other treatments before resorting to such procedures.

This surgery is aimed at the surgical removal of the endometriotic tissue while conserving the ovaries as well as the uterus. The development in medical science has now made it possible for doctors to conduct laparoscopic surgery for the effective removal of the tissue in a majority of the cases. This minimally invasive surgery is conducted by making a small incision on the navel to insert the viewing device as well as the surgical instrument.

Endometriosis is a disease that is surrounded by a cloud of taboos, myths, inaccurate information, hit-and-miss treatments and confusing symptoms. In fact, endometriosis often goes undiagnosed. Women are known to live with the condition for as much as ten years before they are diagnosed. Thankfully, there are various support groups which are ventured around endometriosis. These groups can be found easily on the internet, on social media platforms and also as part of clinics. The support groups are a great way for women suffering from endometriosis to share their symptoms and experiences with different treatment options.

Advice From The Doctor’s Desk

Expert Talk: Proactive For Her Gynaecologist Dr Ankita Gharge Talks About HPV (The Most Common STI In Women)