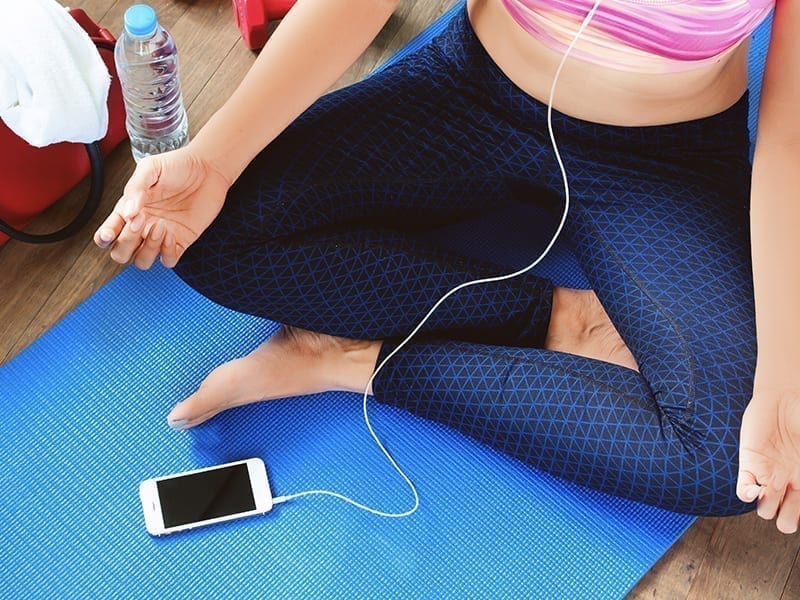 You’ve got your running shoes on. Headphones in. You’re ready to tune out the world and push your body to its full potential. Now all you need is the perfect soundtrack to sweat it out. Here is the best workout playlist to get you up and running! These workout songs are the perfect accompaniment to your fitness journey.

The best workout songs are those that keep you motivated and energetic. When it comes to workout songs Hindi music cannot be forgotten, which include some classics that every Indian has heard at some point. And for a country that loves synchronised dancing as much as ours, Zumba is the perfect way to exercise on the beats of Bollywood. So, 5 songs for Zumba have also been added to the mix that are perfect to get your groove on! For these songs, links to their Zumba tutorials have been incorporated so you can sway your way to fitness.

Keep reading to compile a list of your new favourite workout songs, especially the best rock workout songs. Some of the most beautiful and inspiring lines from a few of these songs have been included as well because they are often neglected in favour of the music and instruments

Energising Workout Songs To Add To Your Playlist

Bring out the rebel in you with this angsty, hard-hitting number.

One of the most popular workout songs to hit the charts in recent times, this song is guaranteed to boost your confidence.

Mary Kom’s incredible journey and the fast-paced beats of this song make it one of the top workout songs to listen to if you’re looking for some inspiration.

One of the major hits at every party when it first came out, this fast-paced number will get you moving instantly.

The moment that the electric guitar starts playing in the background is the time that your energy starts to build. This song makes you want to start running and never stop.

This is one of the best workout songs to blast at full volume if you’re looking to amp up your fitness regimen.

Combining trance-like chanting with the rhythm of rap, this song removes you from your surroundings and puts you in a different headspace altogether.

This wedding staple song doesn’t have to be limited to sangeets anymore. Shake a leg to this peppy number.

What do you get when you combine the authenticity of the underground rap scene with the masala of Bollywood? A track that rules any desi workout song hindi playlist.

This is a chartbuster that infused every listener’s heart with the same passion and excitement with which it is sung.

The summer anthem of 2013 and every year since then, this song is sure to get you in just the right mood for some hardcore training.

This remix is just as dance-worthy as the original, and since the song has slow portions as well as faster sections, it’s ideal for people just starting out.

As one of the most iconic and best rock workout songs, this track has been around for a while but still remains a crowd favourite to hype yourself up for a physically gruelling session.

This song has achieved such a cult status that people have actually released tutorial videos on how to sing it. Let Eminem’s music take control as your sweat it out and sing along.

In any top workout playlist, it’s hard to find a song that keeps you as upbeat and inspired as this one. It keeps your feet on the ground and your head in the stars.

This catchy number is a favourite with Zumba classes of all ages since the party atmosphere of the song seamlessly blends fun and fitness.

If this track could be described in one word, it would be fierce. Lizzo’s powerful voice and empowering lyrics make for a perfect combination, one of the best workout songs to run to.

You tried to break my heart?
Oh, that breaks my heart
That you thought you ever had it
No, you ain’t from the start
Hey, I’m glad you’re back with your bitch
I mean who would wanna hide this?
I will never, ever, ever, ever, ever be your side chick
I put the sing in single
Ain’t worried ’bout a ring on my finger

Any song that makes you believe in yourself and keeps you hopeful for what the future holds is a workout anthem worth holding on to, and this one does just that.

No workout playlist worth its salt could ever be complete without an EDM track, and this one is especially popular with fitness enthusiasts all over the globe.

The last track on this list is an absolute banger. It is so high energy that your body starts moving of its own accord with the rhythm of the music.

Now that you have the perfect playlist with all the top workout songs in place, put your sneakers on and go wherever the music leads you, from the dance studio to the gym to the running track!

What Covid-19 Means For Someone Who Has Asthma, According To Pulmonologist Dr Vaidya

6 Laajawab Yet Simple Grilled Chicken Recipes That You Must Try