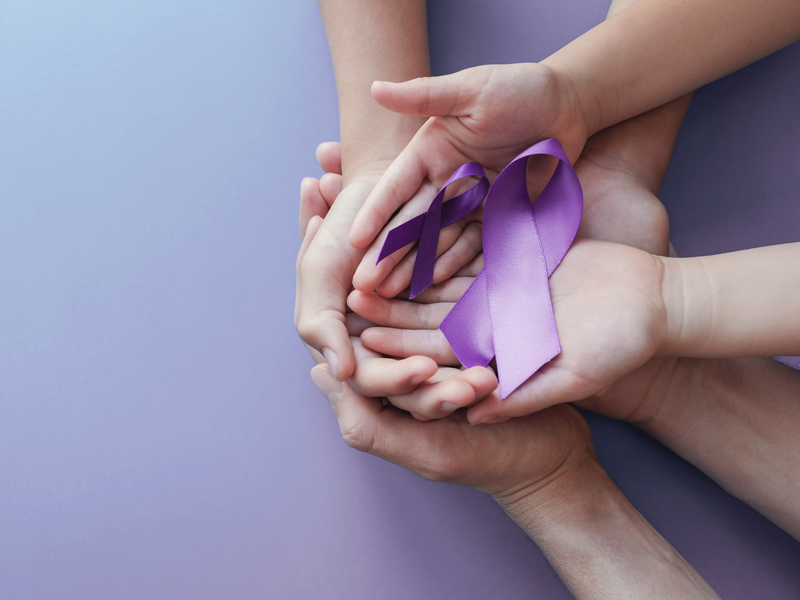 Anything that injures the brain could cause epilepsy and seizures. A person would be diagnosed with epilepsy if they have unprovoked seizures or are diagnosed with epilepsy syndrome. Seizures cause a change in function or behaviour. A seizure may take many different forms including a blank stare, muscle spasms and uncontrolled movements. First celebrated in 2008, 26th March is known as International Epilepsy Day to raise awareness about the condition. It is also known as Purple Day, as purple or lavender is the international colour for epilepsy. The lavender flower is also often associated with solitude, which is representative of the feelings of isolation felt by persons with epilepsy.

TC46 connected with Neurologist Dr Pawan Ojha, Hiranandani Hospital, Mumbai, to learn more about epilepsy and seizures in children. Here, he shares 8 things to know if you are dealing with someone who is diagnosed with epilepsy.

1. Epilepsy is a neurological disorder

Epilepsy is a neurological disorder in which abnormal and excessive electrical activity of the brain causes seizures, unusual behaviour, sensations, and sometimes loss of awareness. Some people simply stare blankly for a few seconds during a seizure, while some get repeated twitching of arms or legs. Having a single seizure doesn’t necessarily mean you have Epilepsy – as least two unprovoked seizures are generally required for an Epilepsy diagnosis.

Seizures are generally classified as either focal or generalized, based on how the abnormal brain activity begins.

2. Parents should make note of triggers and warning signs

Parents should be aware of the types of seizures, the diagnosis (Epilepsy Syndrome) their child has, and any specific precautions they need to take. They should also be aware of the possibility of disease worsening, the need for timely anti-seizure medications, knowing ways to avoid injuries and any risks during a seizure. They should be made aware of the need to avoid seizure triggers such as stress, fever, flickering or flashing lights and lack of sleep.

They should watch out for warning signs of seizures like staring spells, jerking, repeated blinking, confusion and seek urgent medical advice. They should watch for any change in behaviour of the child that might be due to the disease or its treatment, so that appropriate treatment might be given in time. They should be made aware of the need to encourage the child to lead as much a normal childhood as possible.

4. Jerking movements or stiffening of the body are common seizure symptoms in a child

5. A medical diagnosis of epilepsy disorder includes an MRI of the brain with seizure protocol

Diagnosis of seizure involves history taking, detailed description of the type of seizures, physical examination and if possible a video recording of the seizure. Some routine blood investigations that are, serum electrolytes, blood sugar level, hemogram, liver and kidney function tests, calcium and ammonia tests may be required. An MRI of the brain with seizure protocol and EEG or Video EEG is often necessary for the diagnosis of seizures.

The primary treatment for seizures is anti-epileptic medicine. Seizure medications do not cure seizures but they control seizures. The type of medicine used for your child will depend on the type of seizure, your child’s age, health, and possible side effects of the medications. The goal is to prevent all seizures without causing any intolerable side effects. Medications used most often include – Levetiracetam, Valproic acid, Topiramate, Lamotrigine, Oxcarbazepine etc.

How to stop a seizure at home: The only way to stop a seizure is with medication. During a seizure, your child cannot take medicine by mouth. It must be given through an intravenous line (IV) or in the rectum or nose where it will be absorbed through the mucous membranes. Common rescue medications used to stop seizures are Diazepam (rectally) and Midazolam nasal spray. If your child has a seizure that lasts longer than five minutes, please call an ambulance.

6. There are some basic ways you can assist your child with epilepsy

7. Like many other conditions, there are many myths surrounding epilepsy too

Truth: With proper medication, epilepsy can often be controlled and sometimes also be cured.

Myth: A child having epilepsy surgery could end up with a neurological disorder

Truth: The chances of neurological complications after surgery are incredibly rare. A detailed pre-surgical analysis is done and side effects are less than 5%

Myth: If you see someone having a seizure, do put something in their mouth so they don’t bite their tongue.

Truth: If you see someone having a seizure keep them in the left lateral position and call for medical help. Don’t put anything in the mouth to avoid choking.

Truth: Having good control over seizures can help one to lead a normal life. But seizures can be fatal. The risk of death could be due to choking or injury. The risk of sudden death in epilepsy is higher than those with uncontrolled seizures.

Epilepsy is commonly diagnosed in children and can be confused with other conditions. An accurate diagnosis is essential. Seizures usually respond well to medication and most children with Epilepsy will enjoy a normal and active childhood. Get proper sleep, avoid triggers and take medicines on time to avoid seizures. The impact of Epilepsy will vary for each child. Try to keep Epilepsy in perspective for your child and your family. Remember to keep a balance between protecting your child and encouraging their independence.

Birth Control 101: Picking The Method That’s Right For You