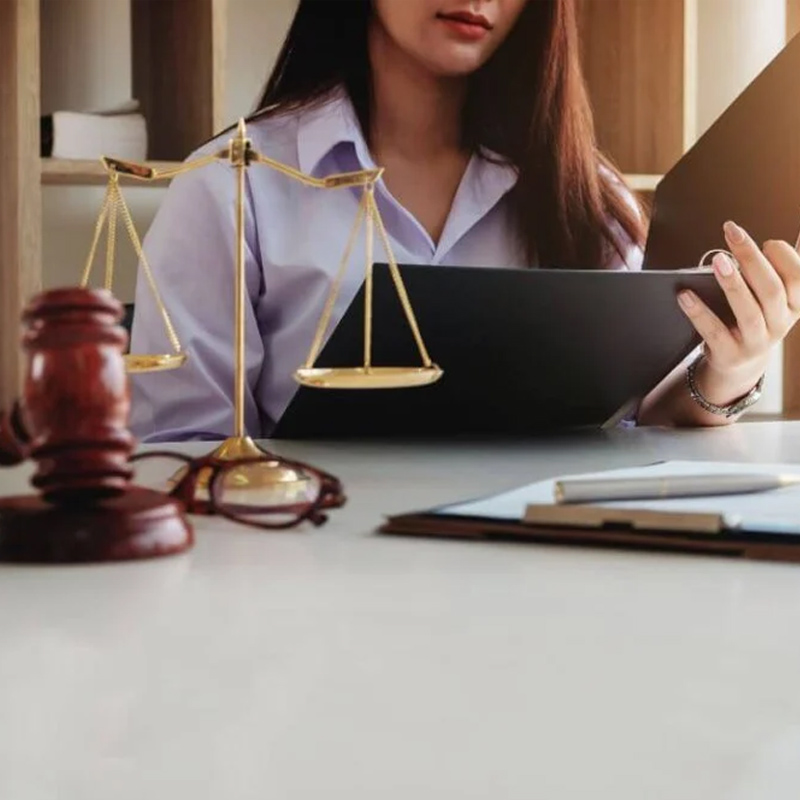 This year signifies 73 years since the Indian Constitution was first adopted. While India obtained independence from British rule on August 15, 1947, it was only on January 26, 1950 that India’s most important and revered instrument of freedom, detailing its citizens’ rights and duties came into force.

At the turn of this new decade, it is essential to look back on the role and significance of the Constitution in Indian history with a focus on women, their rights in law and noteworthy amendments to those laws, especially through the last decade.

Lawyer Lysha Thomas, Associate Disputes at Spice Route Legal, sheds light on eight such legislations from the past decade that attempt to eradicate the unjust and discriminatory lives that many Indian women have had to lead – location, age, caste, and religion notwithstanding:

The most significant amendment to the IPC in the past decade has been the Criminal Law Amendment of 2013 that was triggered into effect after the horrific Nirbhaya rape case of 2012.

This Amendment brought in provisions to penalize sexual harassment if a man makes unwelcome sexual advances, forcefully shows pornography, demands sexual favours from a woman, watches a woman engaged in private activities or stalks her. While sexual harassment was made a gender neutral offence overall, stalking was made gender specific in favour of women.

The Amendment’s most significant changes, in light of the Nirbhaya rape case, were to do with Section 375 of the IPC that dealt with provisions of rape. The definition of rape was widened to include the oral sex as well as insertion of an object into a women’s private parts. The Amendment further elaborated and defined ‘consent’ to mean unequivocal agreement to engage in a particular sexual act and clarified that the absence of resistance will not imply consent.

While the Amendment brough in extremely essential changes to laws regarding bodily harm, it’s important to note that the legislation restricts most of these provisions, especially rape, only to men as perpetrators and women as victims, when they should be recognizing other genders as victims and perpetrators as well. More importantly, the Amendment failed to consider marital rape within the definition of rape in the IPC but, court proceedings regarding this very subject are underway, which is a hopeful sign for the legislature and executive to officially recognize this as part of a women’s fundamental right as a human being.

Prior to 2013 India had no specific laws that criminalized acid attacks specifically. However, the Amendment of 2013 specifically inserted Section 326A and Section 326B to the Indian Penal Code (“IPC”).

Section 326A punishes perpetrators who partially disable, deform, or disfigure someone to not less than 10 years of imprisonment which may extend to a life sentence. Section 326B punishes anyone – who voluntarily throws or attempts to throw acid on someone, by which they are permanently disabled or deformed – to a maximum of 7 years. The victim’s medical expenses are to be borne by the perpetrator.

These laws were a necessary and anticipated inclusion to the IPC but have failed to effectively deter the significant number of acid attack cases in India. While victims suffer from permanent physical and psychological damage, it’s a long road to justice due to the prolonged processes of the Indian judicial system.

A very important transformation and a win for Muslim women’s rights in India was the introduction of the Muslim Women (Protection of Rights on Marriage) Bill in 2019 which later became a law that criminalised the practise of instant triple talaq. The law punishes any man who pronounces instant talaq (“divorce”) three times on his wife by spoken words, written or in electronic form with 3 years imprisonment and a fine.

Though the law is fairly recent and reports claim that the instances of triple talaq have reduced, in most cases it has been difficult for women to prove their case and receive the justice they are entitled to. Filing FIRs against the men have become tiresome since they easily abscond from authorities or change their stories, thus pushing the heavy burden of proof upon the women.

4. Amendments To The Maternity Benefit Act

The 2017 landmark amendment to the Maternity Benefit Act, 1961 was heartily welcomed by employees, especially women. The key changes included:

While these modifications have elevated female employees’ protections at their workplace, there is legitimate dread that companies and establishments will shy away from employing young women. Even if they do hire them, there is an additional worry of them facing reduced compensation rates as compared to their male counterparts and losing their jobs easily once they get pregnant.

After decades of activism and lots of judicial back and forth, the Supreme Court of India held Section 377 of the Indian Penal Code to be unconstitutional in the landmark case of Navtej Singh Johar v. Union of India.  The petitioners included dancer Navtej Singh Johar, chef Ritu Dalmia, journalist Sunil Mehra, businesswoman Ayesha Kapur and hoteliers Aman Nath and Keshav Suri.

The writ petition was heard by a 5 judge bench of the Supreme Court and in 2018 a unanimous verdict was given, declaring portions of the law prohibiting consensual sexual acts between adults as unconstitutional. The portions of Section 377 relating to sexual activities with minors, non-consensual activities and bestiality continue to remain in force.

The Court apologized to members of the LGBTQ community for the late redressal and ostracism that they have faced for decades. The judgment also made an imperative note that the LGBT community is entitled to equal citizenship and protection under law, without any discrimination. The Court rightly upheld the LGBTQ community’s fundamental rights in this landmark decision and stated that – “the choice of whom to partner, the ability to find fulfilment in sexual intimacies and the right not to be subjected to discriminatory behaviour are intrinsic to the constitutional protection of sexual orientation”.

6. Modifications To The Medical Termination Of Pregnancy Act (“MTP Act”)

While a lot of western countries continue to grapple with providing basic rights to women regarding unwanted pregnancies, India adopted legal abortions way back in 1971. The Medical Termination of Pregnancy Act is an imperative legislation with respect to women and continues to be a point of contention in the west when the aspect of religion is brought into play.

The Act was amended in 2003 to ensure women’s accessibility to safe and legal abortion services and recently in 2021 another amendment was introduced regarding the gestational period.

Earlier, the Act provided that the gestational period for terminating a pregnancy with one doctor’s opinion was 12 weeks and the same with 2 doctors’ opinion was 20 weeks. The new amendment of 2021 increases the former to 20 weeks including application to unmarried women and the latter to 24 weeks for special categories like survivors of sexual assault or rape, minors, mentally unwell women, women with physical disabilities, women in emergency or dangerous situations of losing their life or foetal anomalies that may be terminal. The law also safeguards registered medical practitioners by laying down certain conditions under which they can terminate the pregnancy.

However, the MTP Act specifically restricts the legislation to pregnant “women”, thus making abortion services inaccessible to transgender persons, genderqueer and gender non-conforming citizens who do not specifically identify as women in the traditional sense.

7. Increase In Legal Age Of Marriage For Women

Recently in the month of December 2021, the Union Cabinet tabled the proposal and a bill to amend the Prohibition of Child Marriage Act, 2006 to increase the legal age of marriage for women.

The proposed legislation aims to bring men and women’s legal age for marriage at the same level and also contains amendments to various personal laws like Hindu, Christian and Mohammedan laws to ensure uniformity in this aspect. Though laws were brought in after Independence that prevent child marriage in India, the reality is that the practise still takes place with many families escaping liability and responsibility.

After the Prohibition of Child Marriage Act, 2006  was enacted, there has been only a slight decrease in the reported number of child marriages. This law makes the lower financial classes most vulnerable to prosecution since the practice is most prevalent in these categories.

The reforms should ideally begin by hiring trained and vigilant officers to prevent these practices, and increase funds for proper nutrition and education. However, this amendment hopes to deter families further from conducting child marriages, especially by marrying off their daughters to much older and wealthier men in order to financially sustain themselves.

8. Women’s Right To Inheritance Of Property

As recently as last week, the Supreme Court ruled that daughters will have equal rights to their father’s property even prior to the codification of the Hindu personal laws i.e. before the enactment of the Hindu Succession Act of 1956.

The Court also held that the law of inheritance would apply to property partitions where the father died intestate (without making a will) before 1956. The judges held that the properties self-acquired by a person who died intestate in 1945 would be inherited by his sole daughter and not his brother (if such a situation arose).

This added boost to daughters’ rights to inheritance under the Hindu Law comes after another landmark ruling in 2020 where the Supreme Court held that daughters will have inheritance rights equal to those of sons with respect to their fathers’, grandfathers’ and great grandfathers’ properties right from birth and from the enactment of the law in 1956.

This is a big win for women since succession is always a bone of contention in most families and the Indian judiciary has been progressively interpreting and modifying the succession laws to grant women basic inherent rights that they should have been entitled to long ago.

The concept of equality requires equity. In a country like India, despite the constitutional guarantee of equality for women, the actuality is often contradictory. One of the major reasons women still struggle to attract basic respect is due to the harsh societal reality and the cultural norms of the land.

The struggle for women’s equality in India began in the 20th century, during the Independence movement. It was from that point in time that women were liberated to be part of the larger public sphere, and included in the greater Indian tapestry as legal citizens.

A lot of changes occurred over the years. However subsequent to the year 2013, there have been wide ranging developments to recognize, acknowledge, and validate women as human beings, equal to men in society, and put to rest the notion that women can be objectified or treated merely as chattel. Be it the POSH Act, Criminal Law Amendment Act or the various other smaller changes that have not been listed.

As indicated above, the law often does not translate well on the ground, very often during execution. Therefore, there are still many more obstacles to overcome in order to attain unconditional empowerment for women in India. India currently ranks number 108th out of the 149 countries that list on the World Economic Forum’s, Global Gender Gap Index, 2018.

Nevertheless, the past decade is witness to the fact that, though the Constitution is supreme, it is neither perfect nor static and constantly transforms with its people, for its people and by its people. The ability and willingness of the Constitution to adapt is the guiding light that shows we are moving in the right direction.

Happy Republic Day, especially to all the fabulous women of India! Stay strong, persevere, and continue to carve your own path this new decade!

9 Ways To Overcome Jalan (Jealousy) In A Romantic Relationship

Budget Shopper: Underrated Desi Makeup Brands That Are Bang For The Buck