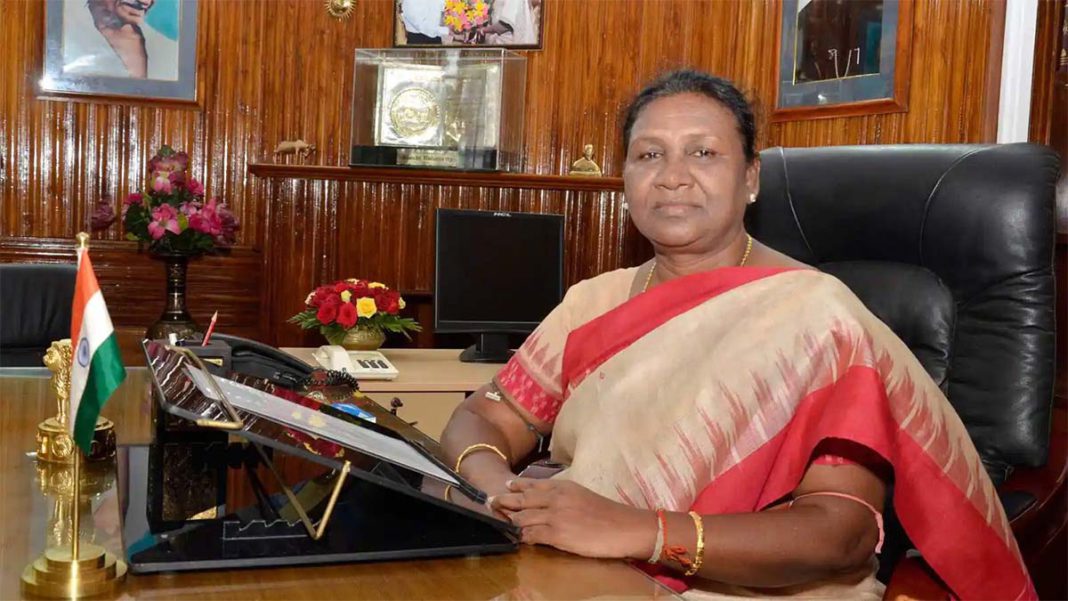 Droupadi Murmu, born on 20th June, 1958, is the new President of India, as per the results of the 15th Presidential election declared yesterday. She was National Democratic Alliance’s candidate and was pitted against the opposition-backed Yashwant Sinha, whom she won over by a staggering 72.19% of the total valid vote count received from MPs who participated in the elections. She will be sworn in as the new President of India on 25th July and will succeed Ram Nath Kovind.

She is the second female President of the country, after Pratibha Patil. That apart, she is all set to create history as the only individual from the community of Scheduled Tribes (ST) to have been elected to the position. More specifically, she belongs to the tribe of the Santhals. She is also the first person from Odisha to hold the post. Hold on, the list does not end there. The 64-year-old- Murmu is also the youngest to be elected as the new President and the only individual to have been born after India’s Independence, unlike all her predecessors.

Droupadi Murmu has held several prestigious positions before being elected as the President. She was the 9th Governor of Jharkhand, having served between 2015 and 2021. She has also held important portfolios in the Government of Odisha, where she hails from, between 2000 and 2004. Before setting foot into politics, was a Junior Assistant at the State Irrigation and Power Department between 1979 and 1983 and then as a teacher at Sri Aurobindo Integral Education Centre at her home town, Rairangpur till 1997.

4 Other Women Who Have Held Important Constitutional Positions In India

Here is a list of 4 other Indian women who have made a name for themselves for being the ‘first’ in the positions that they have held.

Pratibha Devisinghe Patil was announced as the candidate from United Progressive Alliance (UPA) for the Presidential post on 14th June 2007. She served the entire tenure of 5 years, before retiring from the position in July 2012.

Before holding the position as India’s President, she was elected to the Maharashtra Legislative Assembly for the Jalgaon constituency at the young age of 27. Next, she won in the Muktainagar, formerly referred to as Edlabad, constituency four times consecutively between 1967 and 1985. Thereafter, she became a Rajya Sabha MP between 1985 and 1990. Pratibha Patil then went on to become an MP for the Amravati constituency in 1991. She has also held official positions in the Lok Sabha and other government organisations. Last but not the least, she was appointed as the 17th Governor of Rajasthan, the first woman to have held the office.

The list will not be complete without mentioning the first woman Prime Minister of India, Indira Priyadashini Gandhi. And, unfortunately, the last Indian woman to hold the position yet. The third Prime Minister of India, she is the daughter of Jawaharalal Nehru, the first PM of Independent India. She served the nation from this position between January 1966 and March 1977. On her second stint as the PM of India, she held the position from January 1980 till the day of her assassination in October 1984. This makes her the second longest-serving PM in the history of free India, second only to her father. In the list of ‘first’, she is also the first woman to receive the Bharat Ratna Award.

Kiran Bedi is the first women police officer of India, having joined the Indian Police Service (IPS) in 1972. Seeing her father in the police force during her childhood inspired her to dream about following in her father’s footsteps one day. The societal misogyny of considering the police force unsuitable for women made her dream bigger, stubbornly holding on to her ambition and determination of becoming an IPS officer. After having served her term in the IPS, she set sail to her stint in politics by joining the Aam Aadmi Party (AAP), yet another way of serving the nation and its people. She remains an integral part of the political party right from its nascent stage till today.

Driven by the light of God towards serving humanity and more specifically the have-nots, the Albanian-Indian Roman Catholic nun made her way to Ireland from her home country. Later on, she moved to India, where she lived most of her life, having founded the Missionaries of Charity in Calcutta, now Kolkata. She dedicated her life to #BeALittleMore giving to people with leprosy, tuberculosis, and HIV/AIDS at a time when medicine wasn’t as advanced as it is now. Besides, there were several taboos associated with treating people with such health concerns and being in close proximity to them. She was honoured with the Ramon Magsaysay Peace Prize in 1962 and with the Nobel Peace Prize in 1979.

Lessons For My Daughter