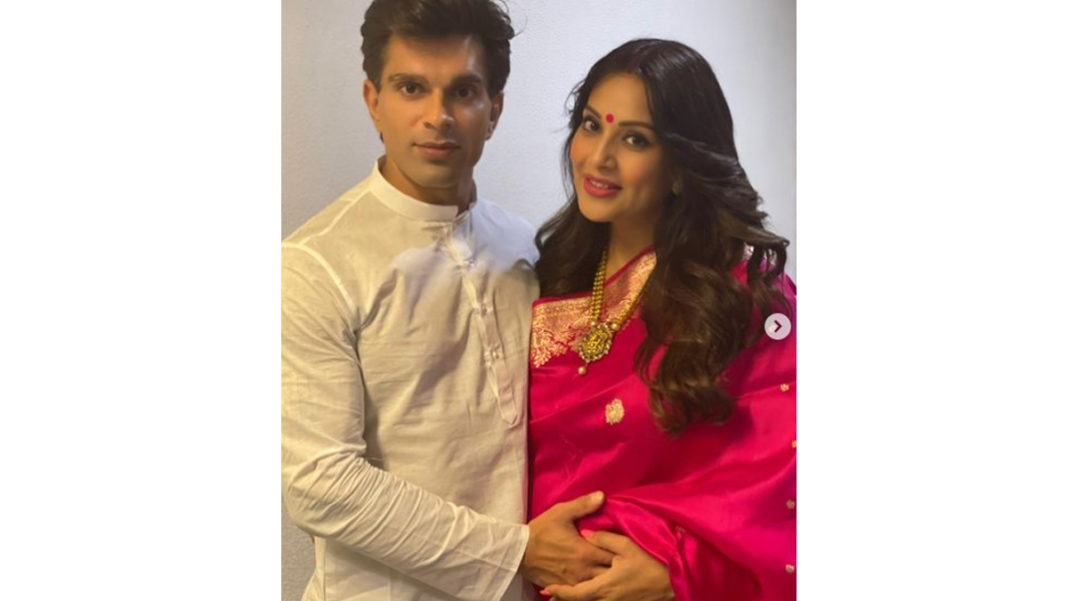 The Corporate actor met Karan Singh Grover, then a television actor, on the sets of Bhushan Patel’s film Alone in 2015. The duo tied the knot in 2016 after dating for a year and announced their pregnancy through Instagram on 16 August 2021. The couple, closely associated with the popular hashtag #MonkeyLove, announced the news of the birth of their daughter on 12 August.

Here are 5 exciting updates leading up to them welcoming the newborn.

1. The Couple Announced The Name Of Their Newborn

Overjoyed with the birth of their first child, the actors had already decided the name of their to-be-born. With a heartwarming note to share the significant milestone in their lives, they introduced the world to the name of their just-born daughter – Devi Basu Singh Grover.

2. Good Wishes Poured In From B’wood Celebs & Other Well Wishers

The couple’s colleagues in Bollywood and other sections of the entertainment industry sent them their congratulatory messages. Malaika Arora, Kareena Kapoor Khan, Dia Mirza, Sonam Kapoor Ahuja, just to name a few.

3. The Couple Has Stored Their Baby’s Umbilical Cord Blood

Bipasha had put out a post on her Instagram to share that she has completed her first responsibility as a mother by contributing to the noble cause of storing her baby’s umbilical cord blood. She chose Asia’s most premium and largest cord blood banking network Cordlife India. This procedure ensures preservation of cord blood that is stored in a blood bank for medical research and distribution to parents in need.

Read: A Gynaec’s Guide To Pregnancy In Your 40s

The doting dad-to-be had planned an informal, fun baby shower just a few days before the birth of the newborn where only close friends were invited. The idea was to enable her to let her hair down in the company of her dear friends and make her feel at ease during the challenging pregnancy days. The actor’s mom had also thrown her a traditional baby shower a few months back.

An ardent proponent of body positivity, Bipasha has flaunted her baby bump images from her pregnancy photoshoot several times on social media. Although she has been heavily trolled for the pictures, her posts made it evident that the baby bump was a source of joy in her life – a piece of her life that she loved sharing with all and embracing wholeheartedly despite its multiple challenges.

Buzz 46: 5 Tips To Plan & Host Your Intimate Wedding In India